The world needed an intermediary as an authority to establish trust between two parties. This was because word of mouth was not enough as a guarantee when dealing with fellow mankind. 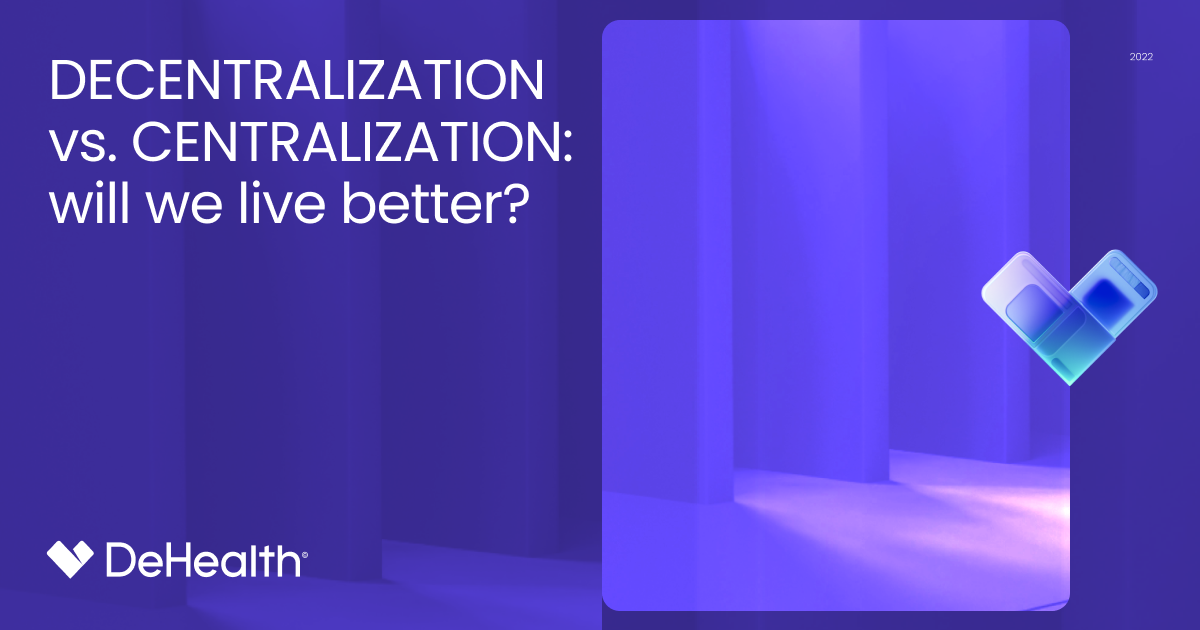 The world needed an intermediary as an authority to establish trust between two parties. This was because word of mouth was not enough as a guarantee when dealing with fellow mankind. Hence, Governmental systems, banking rules, commercial regulations, Internet platforms and more were set up. Over time, the person(s) that controlled these became centralized authorities. These authorities enjoy undue advantages which accumulate and are detrimental to the people. The world revolutionized and figured a way to establish trust and carry out peer-to-operation without a centralized intermediary. This birthed the concept of Decentralization. This article gives a concise insight and comparative study to both concepts.

CENTRALIZATION: THE OLD AND PERSISTENT REALITY

Centralization is simply defined as a system that’s controlled by a single authority. Until now, this is what everyone has been used to. It runs through the governmental & political systems, learning systems, healthcare systems right down to the socializing systems and more. The system sets up hierarchies that control the orders of the world and has brought in lots of innovations and developments. However, there are lots of concerns associated with it. This includes social inequality, undermined privacy, unfair distribution of wealth and human resources, and so on.

Even though wealth generation increased, social inequality increased as well. This showed the development is not evenly shared and the growth of the economy and world is only on the side of the ones with authority.

DECENTRALIZATION: THE NOT SO NEW DAWN

The word decentralization was first used in 1820. It’s been a long way coming. The surge of decentralization didn’t come up abruptly; it’s been internally fought for over decades ago. Most recently, because our lives are interwoven with technology and the internet, Decentralization of the Internet is a one-size fits all for everyone in all possible ways. This is made possible and runs smoothly because of the advent of Blockchain technology. The operability of this eradicates the problem posed by the centralized system. It gives mankind the right to participate in the economy actively, secure transactions and process it in microseconds. On Decentralized platforms, there’s protected privacy and secured records. The transparency is second to none; every transaction could be seen by millions of people in the world, hence, its tamper proof. It has proved to be the most secured network of this era.

The decentralized world through the use of the blockchain network has many real-life cases. Some of which are already in use and others which are potential uses, this includes and are not limited to: Financial sector, political systems, real estate and others. It also increases wealth generation through the creation of Metaverses and NFTs. It gives better royalties to the artist as against the conventional methods. Supply chain is another excellent branch that decentralization is being adopted in, in fact it’s currently being used by WalMart with the IBM system. It allows tracking of food items and gives their records transparently to the final consumers. Decentralized healthcare is also a notable use of the decentralized system. This is currently practiced by a top-rated health decentralized platform: DeHealth. It restructures medical data, secures it tightly on the ecosystem and incentives every stakeholder for their medical data on platform. It gives a large pool of data for inventions and makes health care services accessible anywhere in the world through its mobile app. The use cases of decentralization are immense as it cuts across every aspect of human life.

The Clear-cut differences in Centralized and decentralized system are:

ADVENT OF BLOCKCHAIN: THE BACKBONE OF DECENTRALIZATION

The powerhouse of internet Decentralization is Blockchain technology. It uses a distributed ledger to protect everything secured on its network. It has its transactions recorded in blocks and distributed over millions of computers worldwide. Every block carries an encryption of the former block and blocks are lined in chains. This means to tamper with the records of a block, there would be a need to tamper with every previous record and that too on millions of computers worldwide.

The blockchain technology was said to be invented by a person/persons called Satoshi Nakamoto in the year 2008. He created a paper where he developed a protocol for digital cash that uses an underlying crypto called Bitcoin. This set was the beginning of the spark that ignited the world. So, for the first time in human history people can trust each other and transact peer-to-peer and because of its spectacular qualities which includes:

Speed: It processes transactions in microseconds. This gives us an even better alternative to the previous network we were used to.

Security: Currently, it’s the most secured ecosystem and it’s tamperproof It uses its secured ledger distribution to keep the network safe. It secured transactions through transparencies in the records and prevented the problem of double-spending or any fraudulent acts.

Anonymity and Freedom: The blockchain network grants anonymity and freedom. The network, as secured as it is, is not liable to censorship or personal judgments. You could carry out transactions without revealing your identity.

Privacy: Transactions or operations on blockchain networks are private. They are carried out from peer-peer and there’s no intermediary.

Although the Blockchain technology has better features than its contemporaries, There are challenges attached to it. The foremost is the lack of adequate knowledge about it. The majority of the people are not fully aware of its in-depth functionality and advantages. This has resulted in a lower adoption rate. Aside this, its use poses some challenges which include:

Unscalability: The block-chain system is hard to scale. The system runs on a complicated network that becomes disrupted and more complicated with increased adoptions. This mean for the Blockchain to rule the world, it has to be scalable enough to accept billions of users

High Energy Consumption: This is especially a concern for Blockchain technologies that use proof-of-work mechanisms. They require a large electricity supply to validate transactions and this with time will pose a problem to power supply and usage.

Lack of Privacy: The distributed ledger that the blockchain secures itself with is a disadvantage In some cases. Private and sensitive transactions or operations wouldn’t be carried out on it because of this reason

Lack of control: The centralized system choked the citizens up with rules and regulations, however, lack of regulations as shown in the Blockchain would result in total lack of control and increased crime rates.

Generally, Decentralization grows with an uprising curve as against centralization. The concept starts strange without a fixed plan or accurate prediction of the future, but only a resolution of being a better part than the conventional system. This is unlike the centralized system that plans out its end result before implementing anything at all.

While Centralization employs the best brains available for them, Decentralization has better dedicated stakeholders because they realize Decentralization is everyone’s and give it their very best. This gives Decentralization the best hands working through to solve every problem it encounters and eventually gets more adopted. While it witnesses better growth and adoption as its hidden gems are being uncovered, the Centralization adoption curve remains static or even depreciates.

In lieu of this, Decentralization is gradually making waves in every sector. As it does, it paves way for the ordinary citizens. It recaptures data and increases standards of living. Adoption increases with increased public enlightenment. Apparently, everyone is given a better, freer and richer opportunity with Decentralization. The core being: IT IS FOR EVERYONE.

Further Reading
Read the Full Story
Medaverse — Web 3.0 Can Help Patients Profit From Their Medical Data
Anna Bondarenko, DeHealth’s Co-founder&Managing Partner, shared with one of the world’s largest cryptocurrency news platform BeInCrypto, how in Medaverse both, patients and healthcare entities can securely benefit from medical data.
June 24, 2022
Read the Full Story
Health, People & Equity: Decentralized Healthcare
Health is of first-degree importance and requires first degree attention. There have been lots of mishaps in the healthcare industry from missing records to accidental death, staff shortage and more which eventually lead to avoidable death.
June 24, 2022
Read all news